James K. Outland co-founded New Capital Partners with Jim Little in 2000. For this month’s Q&A Series, we get to know James better as he tells us about his life, the history of NCP, his goals for the future and more. 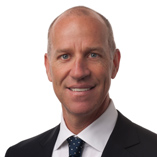 What is your background (both personally and professionally) prior to New Capital Partners?

James Outland:  I was born in Abilene, Texas and grew up primarily in Kansas City, Missouri. My dad was a Colonel in the Air Force and later became a commercial airline pilot for TWA, which was based in Kansas City. My dad joined the Air Force straight out of high school, and neither of my parents went to college. I grew up a pretty normal Midwestern kid. I was a good student and went to an all-male, Jesuit high school where I played soccer and wrestled. I graduated at 17 and chose to attend college at Southern Medthodist University in Dallas, Texas.

At SMU, I was a double major in Political Science and Advertising. I was a Student Senator, as well as a member of a fraternity, and I ended up as Pledge Class President, Pledge Trainer, Rush Chairman and President during my respective four years. After college, I attended Wake Forest University School of Law with aspirations to be a sports agent – this was pre-Jerry McGuire, but the same concept.

After my first year of law school, I interned for the second-largest sports marketing firm, ProServ. We represented Michael Jordan, Patrick Ewing, John McEnroe, Jimmy Connors, Arthur Ashe, Stan Smith and many elite athletes. I ended up getting a full-time offer and left law school to work full time for ProServ. After two years, I decided I didn’t want to be an agent, but I liked the marketing and operations side of the business, so I never went back to law school. While I would have made a terrible associate, law school was where I learned to analyze facts and draw conclusions to solve problems. At ProServ, I actually learned how to run a business and was given a ridiculous amount of responsibility as a 22- and 23-year-old.

ProServ transferred me to Los Angeles and then to Atlanta where I met Elizabeth, who is now my wife. She was a special education teacher in Birmingham, and we were introduced by my next-door neighbors, and we dated long distance. Through a friend of Elizabeth’s, I met Jim Little, who had started Complete Health and was looking for people to help grow the company.

I married Elizabeth, moved to Birmingham and joined Jim in helping to grow Complete Health. We were backed by Bill Featheringill and Bill Acker, who had a small investment firm called Private Capital. Complete Health was also partnered with the University of Alabama at Birmingham (UAB).

Complete Health was a tremendous success, and we sold the company to United Healthcare in late 1994. Jim started Viva Health, and I stayed on with United Healthcare and ran National Accounts and Alabama sales and marketing. Viva sold to UAB, and then I joined Jim and others in starting another healthcare company called Momentum Health. At Momentum, we partnered with provider-owned health plans and ultimately sold the business to Electronic Healthcare Systems, which became EHS Success, which was then acquired by Greenway Health. 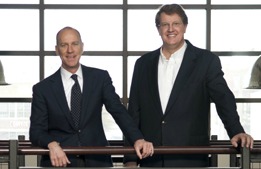 How was New Capital Partners founded?

JO: After Momentum, Jim and I teamed up again to start New Capital Partners in January of 2000. Initially, we looked at doing deals on a one-off basis and raising capital per deal. This strategy took a backseat after the dot-com bust in late 2000 and early 2001, and we decided to raise a dedicated pool of capital. We underestimated the difficulty of how hard it would be to raise a fund, but we were willing to work extremely hard. For almost two years, we persevered with no income and had approximately 1,000 meetings. Jim’s brother, Alan Ritchie, also joined us late in 2001.

We had our first close on the fund on Friday, September 7, 2001. Getting to a first close was a significant milestone because it committed us to officially being in the fund business, and there were a large number of investors that told us they would very likely commit after we had an initial close at just over $16 million.

Unfortunately, America and the world changed the next Tuesday morning with the attacks of September 11, 2001. I will never forget it. I was at a breakfast meeting trying to raise capital, and Jim was in Dallas for a meeting with a potential investor. My meeting ended abruptly when the second plane hit the second tower of the World Trade Center. Jim’s meeting in Dallas was canceled, and he still didn’t know the gravity of the situation. We didn’t have smart phones back then, so Jim was supposed to be in Houston that evening, but all the airports in the country were closed, and there were no rental cars available. Jim took a taxi from Dallas to Houston and of course, when he got to Houston, that meeting was canceled also. People literally stopped working and businesses shut down. The stock market closed and remained closed until September 17 (the longest shutdown since 1933). When the market did finally open, the S&P lost over $1.4 trillion dollars in the first five days of trading.

For New Capital Partners, the impact was equally devastating. We worked for another six months and were able to get the first fund to a final close of $22 million in May of 2002.  However, we committed to being in the fund business and knew that while $22 million wouldn’t pay our bills and provide for our families, if we worked hard and did what we said we were going to do and what we knew we were capable of doing, then the fund could be successful, and we could build a successful PE firm.

In raising and investing Fund I, we set out a number of investment principles to guide us: 1) We would lead our own investments and not follow others; 2) We would do our own diligence and not rely on third parties; 3) We would invest in businesses we knew and could understand; and 4) we would be actively involved and not just board members – we would use our operating backgrounds to help our companies.

We viewed building New Capital Partners the same way we viewed building great companies. And we worked hard. In Fund I, we led every deal, did our own work, were heavily involved and built some great businesses. 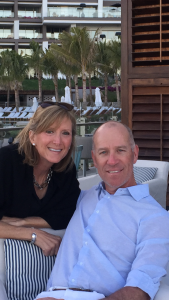 What are some of the partnerships you’re most proud of from your time at NCP?

JO: I am especially proud of a handful of companies we have invested in over the years. Personally, I am most proud of Teladoc, in which New Capital Partners was the first institutional investor and which we took public in 2015. People didn’t think telehealth would ever work, and now it’s a rapidly-growing, mainstream healthcare benefit.

I am also really proud of Senior Whole Health, a company in Boston we initially invested in and for which I served as the CEO for a year. SWH served seniors who were eligible for Medicare (over 65) and Medicaid (low income). This is a very vulnerable population, and we helped improve their lives and their health, and we saved the healthcare system money while doing it. We grew the business from $0 to over $350 million in revenue, and in 2008, we were named the #1 fastest-growing company in the country by Inc. 5000.

I am also proud of Prism Pointe Technologies, which was based in Mississippi and Georgia – it was a tough business, but we worked hard with the CEO and were able to generate a good return for the fund and a good return for the CEO and his family. Late during the deal, the CEO was diagnosed with terminal cancer, and we were able to sell the business and he was able to take care of his family. It was incredibly bittersweet.

I am also really proud of many of our other investments in which I didn’t have a direct role but Jim and the rest of our team did. These include Cogent Partners and HospiScript. Cogent Partners pioneered the secondary market for institutional investors in private equity. HospiScript was the leader in the pharmacy benefit management for the hospice industry. Both of these companies were exceptional businesses with great leaders and fantastic returns.

Today, I am equally excited about several of our portfolio companies, including P&R Dental, GeoVera, Collect Rx, LoyaltyExpress and Control Case. I believe we are building great companies and creating industry leaders with these businesses.

What are you most looking forward to this year at NCP? Any particular goals?

JO: This year, I am looking forward to growing our existing portfolio companies and creating market leaders. I am also looking forward to investing in new business opportunities and partnering with new management teams. Building great companies requires great people, and that is the most enjoyable part of what we do – building companies we are proud of and doing it with people with whom we like to work.

What do you love about working at New Capital Partners? 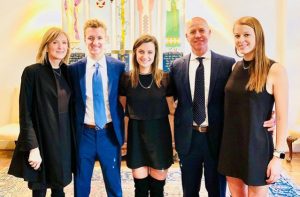 How do you spend your time outside of work, and what do you and your family like to do?

JO: Outside of work, I try to spend time with my family, although I think they are as busy as I am. I have one daughter who is a senior in college, one daughter who is a sophomore in college and one son who is a senior in high school. In 2019, I should have one graduating from college and one graduating from high school. I am also very involved in our community in Birmingham and serve on the boards of the Birmingham Museum of Art, UAB Health Services Foundation and Birmingham Legion, Birmingham’s first professional soccer team. In addition, I am involved with the American Heart Association, the Kiwanis and Innovation Depot.